Not long ago, I grabbed the girls for an overnight road trip over to Collingwood and down through Creemore with a stop in at the Dufferin County Museum near my friend Claire’s farm. I’d whooshed by this spot countless times, but on this occasion, we stopped. I’m so glad we did! The museum has the largest public collection of Corn Flower glass around. I had never heard of this quality glass, which is sometimes called Hughes Corn Flower, but apparently, it was started by a man named Jack Hughes around 1912 and was produced here in Canada until the 1980s. 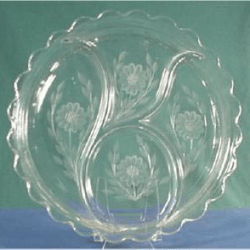 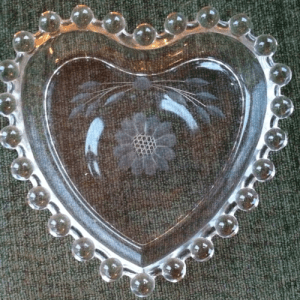 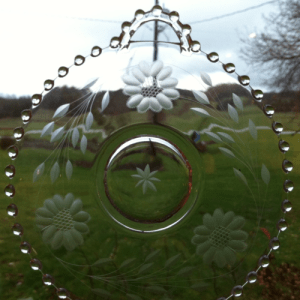 If you were married in Ontario in the forties or fifties, you probably received Corn Flower items as wedding gifts. I’m not a collector, but the museum’s display really intrigued me, so I asked my “personal shopper” Ron if he had seen any in his travels. Sure enough, he showed up the next week with a lovely, delicate little candy dish that any bride would have been thrilled to receive.

At least, I would like one if I were getting married… which I’m not!

Ode to the Tomato