This is the time of year when the animals start to move around. Snow melts, water flows, the sun feels like the welcome weight of a duvet.

It seems that every year since we been here, we’ve had some sort of coyote experience. Despite my Vermont upbringing I had never seen a coyote or wolf in the wild until I moved to Gray Road. I’d had to content myself with my dogs, which are of course closely related to their wild cousins.

Hearing that howl for the first time was an experience I will never forget. It was Christmas Eve, my brother Tom and his wife were visiting from New York and my parents from Vermont. We had literally just moved into the house the day before and I don’t now recall if we had even walked into the woods until that day. 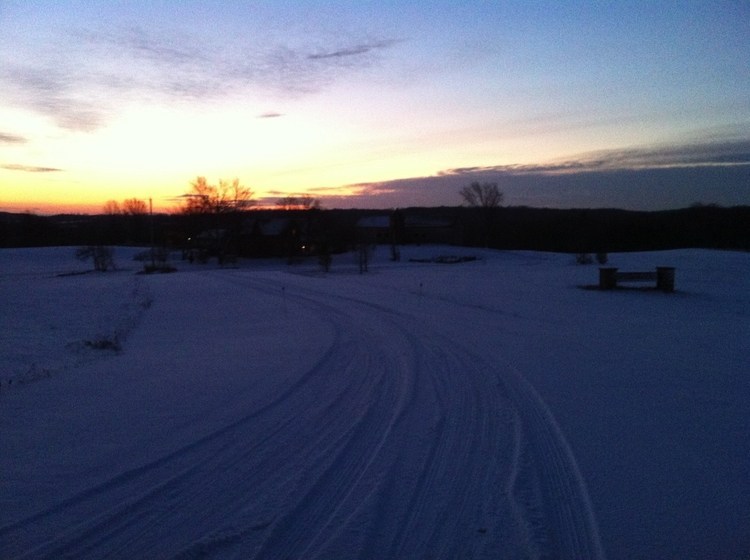 My mom, Tom and I decided to go for a little walk on our own before the festivities began. It was a warm, foggy Christmas Eve. There was a slight drizzle; the pond was not yet frozen. The entrance into the woods feels like something out of a Harry Potter movie. That day, the cedar grove felt spooky and misty, and the air was thick with the most wonderful cedar smell.

All of a sudden there was a rush of noise—we actually thought it was a low-flying plane or a group of all-terrain vehicles, not that any of us would have known the sound of ATVs—but it was definitely machines. We stopped dead, wondering what we were going to come upon.

Almost at the same time, we realized what the sound was: many coyotes at the same time, howling and yapping up a storm. We stood, frozen, looking at each other in complete fear, realizing that it was animals and not machines we were hearing. We nodded in agreement as we turned around and without wanting to seem foolish, walked . . . ever so quickly, back to the house.

After that, I heard the sounds regularly. I found the howls (here’s an example of coyote sounds from YouTube) to be beautiful although a bit sad since they likely meant that some small creature was meeting its end. They almost always came from the same place out at the edge of the cedars. 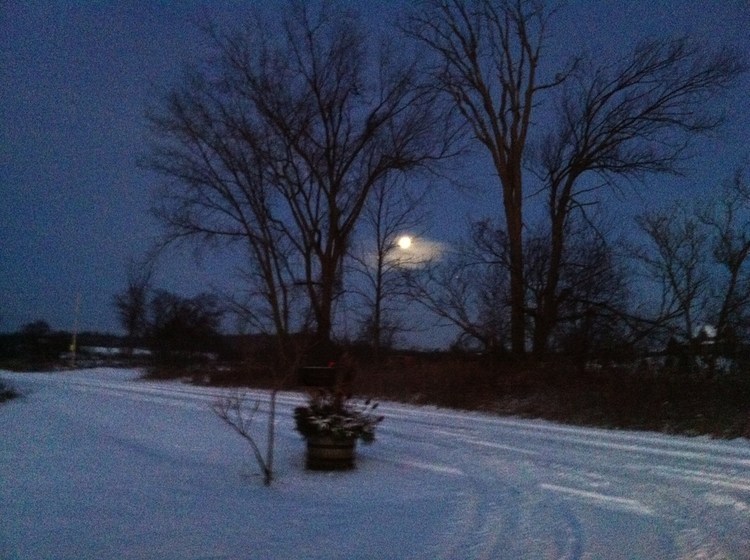 One spring, the morning after the girls and I returned from our annual pilgrimage to Florida, I woke up to a full moon so bright I thought it was morning. There was still a bit of snow on the ground. I looked out on the lawn and saw shapes moving from the barn to the house, around the garden.

At first I thought it was the neighbour’s dogs. But they were huge—coyotes, possibly wolves, right next to the house, and there were a lot of them. I couldn’t believe that they would be so bold! What could have brought them so close? And so many of them?

My first thought was that the cats had been left outside. When civilized morning arrived and I returned from getting the girls to school, I came back to survey the place. I couldn’t find Nickel, one of our cats. I called him; no answer.

At that time, the barn was barely there—two walls were down, about half of the floor was missing. It was a creepy place, full of pigeons. The only reason for me to go inside was the freezer, which was plugged in and waiting for its new home in the house. (Back then, having a bit more time on my hands, I made my own dog food and kept bags of ground meat for them in the freezer.)

I headed into the barn with my stomach and heart in my throat, expecting to find my beloved cat torn into pieces. I called out again. Pigeons hissed around my head and nearly sent me tumbling through the hole into the stalls below. And there was Nickel, way up on the beams. If cats could talk, this one would have said, “Get me out of here!” It was like fear had propelled him high up to his perch.

And I could see why. The freezer door was wide open and the entire contents—meat for the dogs, frozen chickens, the normal things one keeps in a freezer—were gone. No wonder I had the animal kingdom roaming around the house; I was providing a steady supply of nutrition.

A few months later, I was at a dinner party. (In fact, it was one of the early occasions when I met Shawn, who was the host.) After introductions, another guest deduced who I was and where I lived. “So you are the one who’s been feeding coyotes!” she exclaimed. Ah yes, just the city folk moving up here to the country—learning the ropes, one bag of dog food at a time… 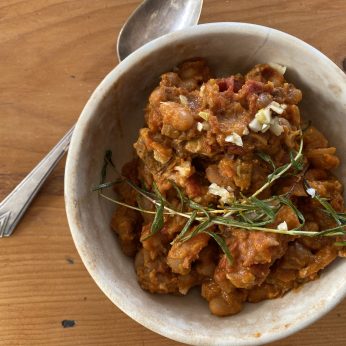 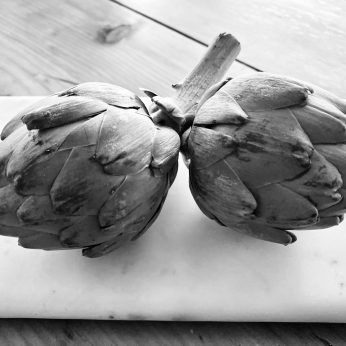 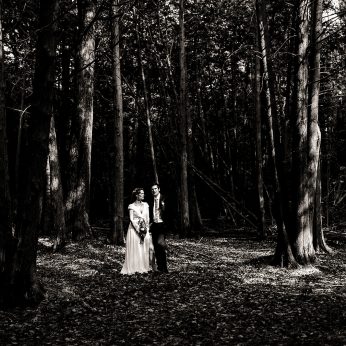