I was fortunate enough to break away on a little holiday this fall. 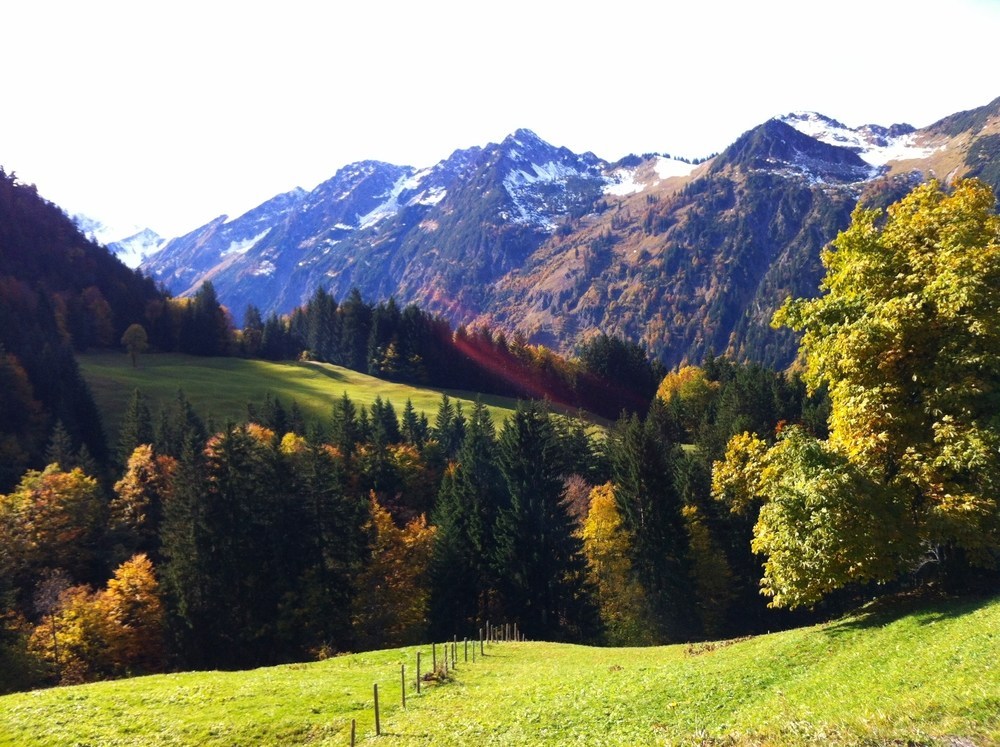 Even though the fall is a great time to be here in the Hills, it’s a needed respite for me. My godmother, Renate, known as Tante Nati when I was small (and yes, she is the true fairy godmother) lives in Germany. She took care of me growing up when we lived in Germany, she counseled me in my teen years, she provided me with summer jobs in Germany (including one as an au pair to a crazy family with 5 kids who spoke no English, where every morning after making breakfast and getting the kids off to school I darned their socks and underwear), she consoled me through a relationship break up or two and she is my benefactor here at South Pond. She has always believed in me and and supported me through all my decisions – even if she didn’t agree. She has been a steadfast mentor in my life for all things. 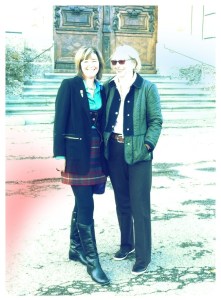 My godmother Renate and her partner Eberhard now live in the most southern town of Germany on the Austrian border at the foothills of the alps. Even though I spent many summers in Germany with her, this part of the world I just didn’t know until recently. Aside from breathtaking beauty, the climate is amazing – the cliche of crisp mountain air is actually real here, with all sorts of different flora and fauna. Some people really do wear leder hosen and dirndels, they do walk up and down the mountain paths with sticks, it really is a bit like Heidi’s world. We went back into time when Eberhard expertly navigated a horrifyingly steep road up the mountain path to take us to an old alpine village. I could barely look to the side of the car as it dropped literally off the edge of the earth. We wanted to see how people really lived in former times in the mountains. We found that they herded live stock, tended gardens, formed hay mounds like they do in all small rural communities – all just at a 60 degree angle! They made the best of space, people, animals, vegetation and all ultimately adapt.

The other part of our journey included voyaging through small Bavarian towns. This part of Germany was not bombed – like so much of the country – and the villages and smaller towns the size of Peterborough have remained nearly completely intact from the 1100’s or 1300’s when they were established. The architecture during these times was truly amazing to think they were built with no technology, no heavy equipment, just a lot of labour – some enslaved no doubt. 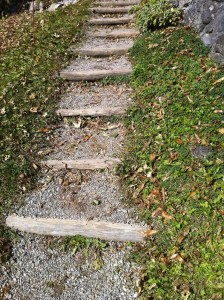 We came home with with a notebook of ideas (or at least I did, Shawn no doubt was afraid of what was to come…). The simplicity of the flower arrangements and gardens, everything was put together from nature, no added silk or artificial greens, the food made from ingredients right from the farm, of course the wine and beer too! The stone work taken from the fields when they were cleared and streets made and the walls built. I did take home a little idea…some lovely old stone steps that helped navigate a hill. The west side of our barn is steeper than I would like – particularly when wet – we now have a Shawn version of those steps…and of course, South Pond just keeps benefiting from his version of things. These steps are now a feature here and provide our own little piece of Germany.