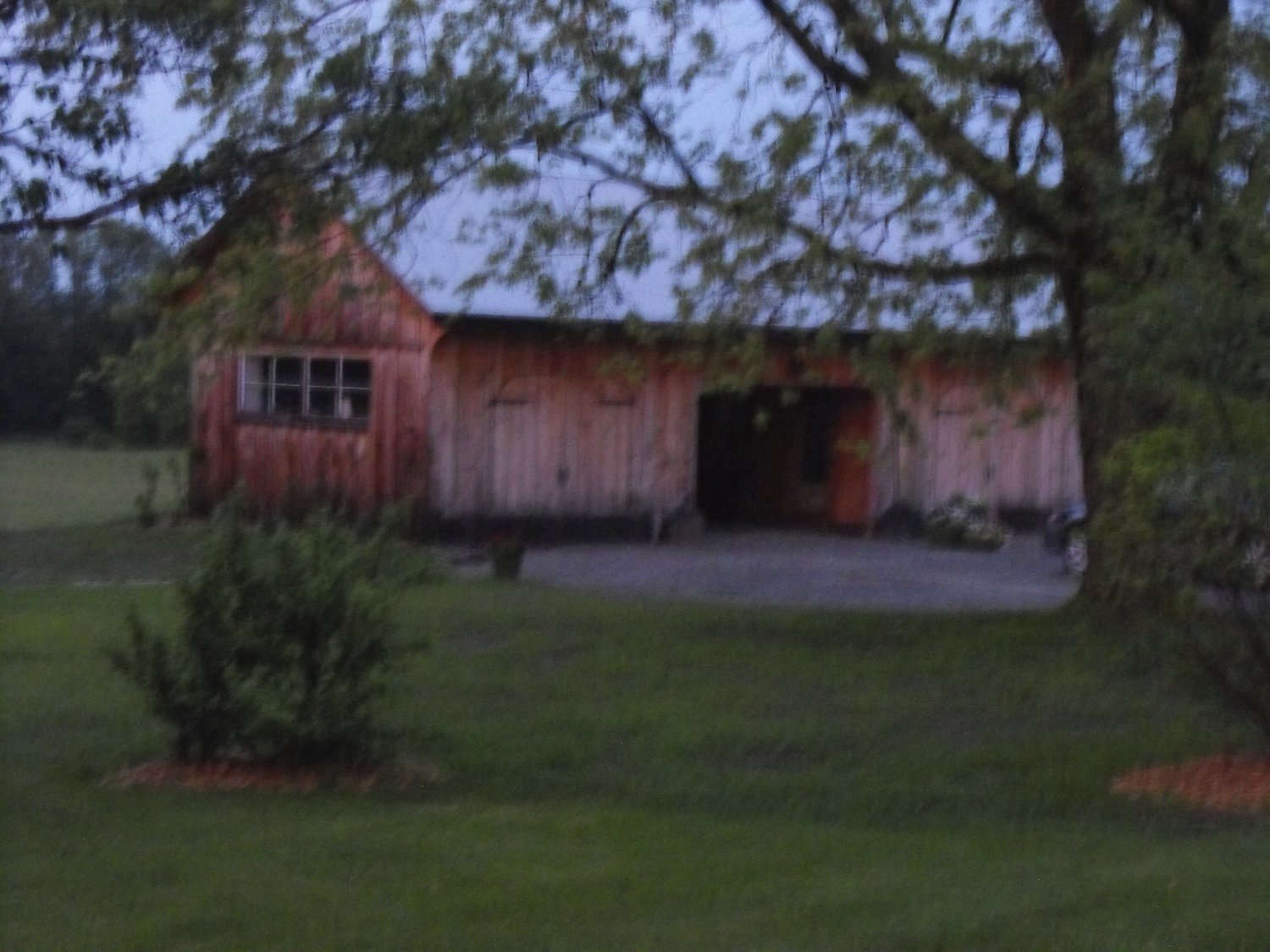 I was sorting through some photos recently. A project that I believe seems to fit with January in the greater scheme of getting organized. I found some old photos of when I first started the business of what would become South Pond Farms. It seemed like so many years ago when when we started renovation of the drive shed, barn and and then built washrooms. So much work has gone into this property and restoration of the land. I wish at the time we began, I might have had a larger vision of what might be. I really didn’t have that vision. It started piece by piece and project by project. It also began based on need – my need to stay on the farm to raise my daughters and to try to earn my living from the farm instead of driving away every morning, possibly far away, to a job.

This post is what I hope will be a series of how we restored this farm and brought it from neglect to a place where the fields yield crops, gardens flourish, the barn and outbuildings have renewed purpose and they all lay the groundwork for a true business based in agriculture.

I met Shawn because I needed guidance and expertise with repairing (or demolishing) a barn that was falling down. It was a sad state when we moved here in 2006. Boards were off the west and south sides, the floor was missing large sections, and the pigeons had made their home in it for who knows how long. The barn had not held farm animals for many years and while the fields were farmed by our neighbour, not much care had gone into upkeep and ensuring the crops were providing the best nutrients for the soil. I think it would be fair to say it was a farm in decline.

Shawn arrived one Saturday morning wearing cowboy boots and hat – a site a bit unusual for us urban folks. I called him a cowboy because he honestly was. He took a a look around and didn’t say very much. He spent a few weeks coming back at odd times of the day (I later learned he wanted to see it in all aspects of light), and we often looked out the window and would see him driving around in the fields. He re-appeared one day and announced that the driveway needed to be relocated. That just seemed completely illogical to me. I wanted to fix boards falling off the sides of the barn and have floor boards. I was hoping for some answers about the structure. I thought it would have been a waste if it had to be torn down. It was a beautiful traditional barn and standing in front perfectly centred, the most unusual silo with brilliant ceramic tiles that reflected the light at all times of day with a copper coloured steel roof and a tiny window that one might have thought Rapunzel would have let her hair down from. Someone had been thoughtful about building this silo not to mention the expense. Remarkably, it was still in wonderful shape unlike the wood framed structure behind it. If there was a way that I could save the barn, I wanted to. Shawn was looking at the land and the bigger picture.

Meeting Shawn was certainly a pivot in my life. I loved the land but did not see it in the same way as he did. He saw neglect and beauty and I just saw raw beauty. He saw ways to improve and interpret the land and I saw fields, pond and forest. But we both shared a mutual love for this place and he guided me in envisioning what it could become. His view of the driveway was the starting point as he felt that others would more readily see the majestic sweep of the fields and how the structures connected with the land. I didn’t see the significance of that at first but I did later. We shared the same thoughts for starting the “farm restoration project” which initially involved building a kitchen in our drive shed so I could prepare food for my new business, Farm Flavours. This was a big step for me and a large investment. I was making food for others and needed a proper place to do so. While barn was in shambles we turned our attention to the drive shed to make a kitchen. The original drive shed was on the north side of the barn, directly in the way of the new drive way. Having the capabilities of many things, Shawn picked up the structure and moved it to where he believed it should be – where wind and snow would not come in the doors and it was protected. It was also a place to park the car and closer to the house. It was at that time, a multipurpose structure. It was also my source of income and its restoration was the first step in what would be a labour of love on so many levels.

Decorating for the Holidays

Groundhogs and Other Winter Thoughts from South Pond